Sorry This Is Late. I Was Depressed 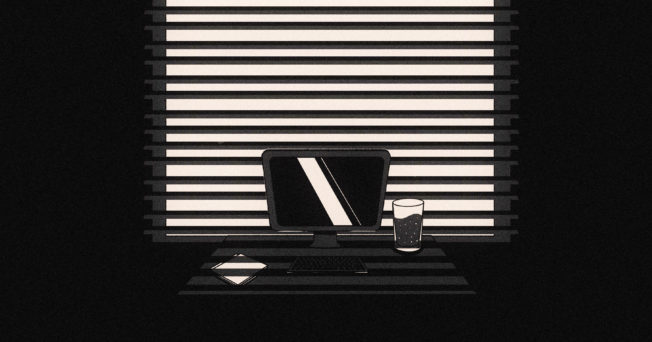 I spent the month of May, Mental Health Awareness month, not wanting to get out of bed.

I’m Bipolar II. That’s the less severe one. Many people with BP-II, me included, will never experience a full-on manic episode, and only one or two hypomanic episodes in their life. The rest of the time, we are either stable or depressed. Thanks to modern pharmacology, I’m mostly stable.

Studies have shown a link between bipolar disorder and creativity. Of course, that’s hard to quantify, but it can be statistically determined that “bipolar disorder appears related to a greater likelihood of choosing a creative occupation.” This includes famous people throughout the ages, from Van Gogh to Russell Brand. But, as an advertising creative presumably in the company of many other creatives who share my mood disorder, I’ve never met one … who admitted it.

That’s understandable. On top of the general stigma that follows mental illness in the professional world, there’s nothing more dangerous to a creative’s livelihood than a depressive episode.

While creatives with bipolar disorder actually carry genes that make us better at our jobs (i.e., higher levels of creativity, intellectual insight and productivity), when a low period hits, the confidence that bolsters all of those skills and brings them to light in the world is suddenly inaccessible.

In the depths of my most recent episode, I ran across a quote on LinkedIn: “Creativity is an act of optimism.” It gutted me.

Of course, now I read those words as empowering and inspiring. But that’s not who I was right then, and I had just read the perfect encapsulation of why I felt so terrible at my job. It was as if the answer to my struggles—optimism—was being dangled in front of me, just out of reach.

It’s a powerful sentiment. To be creative is not something we are or are not as a person; it’s something we practice. And “an act of optimism” is nowhere more apt than in advertising, where 99% of the ideas you come up with never see the light of day, due to everything from internal reviews, client decisions and sometimes even just the weather on shoot day.

Yet we still keep coming back to the table with more hope. But both of those means to creativity, action and optimism, are thwarted by depression.

So what do you do when your creative superpower is being held captive by your brain chemistry?

Reach out, not in

The meanest trick of depression is that, when you need support the most, it feels like there are a million reasons to isolate yourself.

You don’t want to bum people out—but you won’t. They’re not in your same state of mind. Or if they are, they will appreciate the company.You don’t want to admit weakness—but mental illness is just that. It’s an illness, not a weakness or character flaw.  You don’t have anyone to reach out to—untrue. Your brain is just playing games, telling you that. Don’t let it push you around.

Find a safe space at work

You may not feel comfortable talking to your boss. Thankfully I did, and I got nothing but support. But if you don’t see that happening, at the very least, reach out to HR. There are ADA protections for people with mental illness, and they can help make accommodations for you.

You can also talk to a close confidante that you trust. You’ll feel better knowing you’re not alone in this at work and, as a plus, you’ll be helping to normalize the discussion of mental illness. After you do any of these things, reflect on how brave you were to do it and give yourself some due credit.

Get some professional help

Enlist the help of a psychologist (therapy) and a psychiatrist (drugs). Your treatment plan may not include both, but you should keep them both on the table to start.

Unfortunately, finding either one of these providers is not an easy task, especially if you’re trying to work within an insurance network, and especially especially at a time when every task seems extra impossible. I found my therapist through an online service called SonderMind, which I highly recommend. They’ll match you with someone to try out and send you helpful little nudge emails until you find a good fit, and they work with insurance.

I prefer the latter term because caring for yourself is not all massages and scented candles. Additionally, “self-care” has been co-opted by marketing to mean spending money on new skincare routines. Sometimes what you need is to make yourself make the damn bed, which is a beautiful act of caring for yourself.

Outdoor exercise is what keeps my mood up, and that requires discipline that is hard to maintain when I’m down. There are apps that gamify taking daily walks. As any parent will tell you, if you can make something fun, you’ll have much more success getting your child (or self) to do it.

Self-parenting is all about identifying and dismantling barriers between you and healthy behaviors. Listen to your brain chatter as it makes excuses to avoid what you know you should be doing and just start knocking down those excuses.

Go easy on yourself

You’re going through something really hard. Acknowledge that, and don’t let your brain tell you it’s your fault. Every day that you make it to pajama time, you have exhibited so much strength. Give yourself that credit you deserve.

There is a comforting thought that helped me most through my time of darkness: “This too shall pass.” Yes, it feels like the new reality, but it’s only temporary. I promise..

This article first appeared in www.adweek.com