How Much Do Campaign Ads Matter? 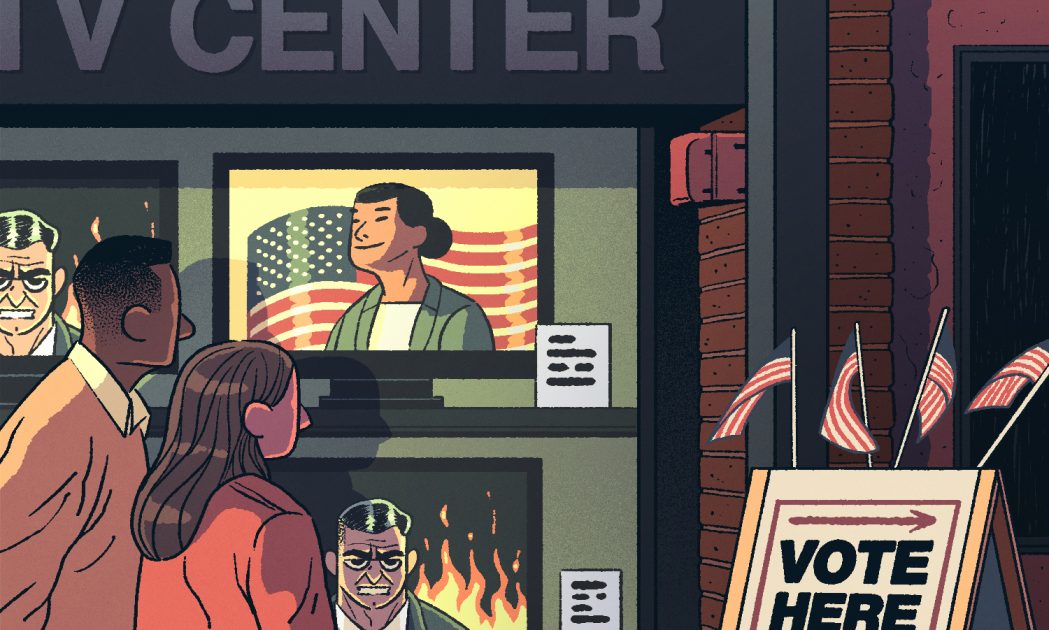 Tone is key, according to new research, which found that a change in TV ad strategy could have altered the results of the 2000 presidential election.

During presidential election campaigns, voters in battleground states are bombarded with TV ads. Some commercials paint candidates in glowing terms, raving about their impressive accomplishments and sterling character. Other ads go on the attack: they tear down the opponents’ record, disparage their ethics, and generally argue they would be an absolutely terrible leader.

But how much do all those ads, negative or positive, matter?

Voters may be so jaded about politics that they don’t feel they are affected by the commercials. Some people say, “No ad ever convinced me to do something,” says Brett Gordon, a professor of marketing at Kellogg.

But in a new study, Gordon and his colleagues report that TV ads do influence voter turnout and choices—and that the tone of the ad makes a difference. Based on data from the 2000 and 2004 presidential elections, the team found that positive ads encouraged more people to show up on Election Day, while negative ads slightly suppressed turnout. And while both types of commercials affected whom people supported, the negative ones were more effective at swaying voters’ decisions.

In hypothetical scenarios, the researchers found that ad tone was sometimes enough to tip a close election. For example, the team predicted that if only positive ads had been shown, Al Gore would have won in 2000.

Researchers have tried to understand the effects of political TV ads in the past. But the picture has remained muddy.

For instance, research on voter turnout has produced mixed results. Some studies that evaluated the overall influence of ads, without distinguishing between positive or negative ones, found that the commercials didn’t affect turnout. Among researchers who analyzed specific ad types, some reported that both positive and negative commercials had little effect; others found that negative ads boosted turnout; and still others that negative ads decreased turnout.

If attack ads do discourage people from voting, that’s important for policymakers to know, Gordon says. “From the perspective of a democracy, you’d like to have as many people participate as possible,” he says.

For instance, it might make sense to pass regulation restricting the types of commercials that can be run or the time period during which they’re aired, rather than allowing endless months of attack ads. Or, given that negative ads tend to be more common than positive ones, critics of Super PACs could argue that these organizations should not be allowed to spend unlimited amounts of money on political advertising.

And if ads don’t affect voters much, that would mean that campaigns are wasting billions of dollars on every election cycle. But political teams clearly believe that these commercials are worthwhile. So if some academic studies suggest that TV ads aren’t influential, “are we wrong or are they wrong?” Gordon asks.

To find out, Gordon collaborated with James Reeder at Purdue University and Mitchell J. Lovett and Bowen Luo at Northeastern University. The researchers obtained data from Kantar Media’s Campaign Media Analysis Group (CMAG) on presidential campaign TV ads in 75 designated market areas from September to November of 2000 and 2004.

“Positive ads have a much larger and significant turnout stimulation effect.”

For each ad, CMAG provided details such as when it had aired and whom had sponsored it. The organization categorized the commercials based on whether they promoted the candidate, attacked the opponent, or contrasted the two candidates. For the purposes of this study, Gordon’s team considered the first category to be positive and the second and third categories negative.

The researchers also gathered voting data in 1,607 counties from polidata.org. Then they created an economic model to capture how people responded to ads. The team estimated the values of parameters—such as, say, the effect of seeing a positive ad by a Democratic candidate on a voter’s decision on whether to turn out and whom to support—that made the model fit the real-world data as closely as possible.

The Power of Badmouthing

They found that ads affected overall turnout in different ways. If a candidate increased their positive advertising by 1 percent, voter turnout rose by 0.03 percent. If they increased negative ads by the same amount, voter turnout dropped, but only by 0.007 percent.

“Positive ads have a much larger and significant turnout stimulation effect,” Gordon says.

Conversely, negative commercials had a bigger effect on vote share. Increasing such ads by 1 percent boosted the percentage of people voting for the sponsoring candidate by 0.025 percent. Positive commercials were linked to a more modest bump of 0.016 percent.

Part of the reason might be that in general negative statements tend to carry more weight, Gordon says. Many of us have experienced the same phenomenon when looking at online reviews.

“Even if you read 10 good reviews about a restaurant, it’s always the one negative review that really sticks with you,” he says.

So how big are these effects, really? Could a candidate’s choices about which type of ads to run actually be enough to swing an election?

To determine the practical impact of their findings, the team ran a series of hypothetical scenarios. In the first, only positive ads were allowed; all the money spent on advertising in that election cycle was allocated to that type of ad. In the second scenario, all ads were negative.

The researchers found that, in the 2000 election, allowing only positive ads would have increased overall voter turnout from 50.4 percent to 52.4 percent. Meanwhile, airing only negative ads would have decreased turnout to 48.8 percent. The gap between the all-positive and all-negative scenarios was about 10 million voters.

“That’s pretty big,” Gordon says. “It does suggest that negative ads might have a detrimental effect” on election participation.

But in the 2004 election, the race wasn’t close enough for ad tone to make a difference. Bush still would have prevailed over John Kerry in both scenarios.

The results suggest that while positive ads do encourage people to turn out, their participation won’t always make a difference. “A lot of those voters will turn out in states that are non-battleground states,” Gordon says.

If the election is very close, though, the outcome could flip in one or two key states. “And obviously we’re talking about the presidential election, so it’s a big deal,” he says.

The study raises the question of whether candidates can improve their chances of winning by strategically changing their mix of positive and negative ads.

In another hypothetical scenario that the team considered, one candidate optimized their ad campaign by accounting for effects on turnout and vote share, while the other candidate left their strategy unchanged. As one might expect, Gore would have won in 2000 if he had optimized his ad strategy and Bush had not.

In reality, though, both campaigns are likely using similar information to decide how to target their ads. When the researchers ran a scenario in which both candidates optimized their ads, the election results remained unchanged. Bush’s change in strategy would “wash out the effect of any Gore change,” Gordon says.

Previous studies of TV ads that found little effect on voter turnout might have missed these trends because they didn’t separate positive and negative commercials. “If you don’t distinguish between those types of ads, you can get a very muddled effect,” Gordon says. “They’re moving in opposite directions.”

It may be true that most people are immune to the persuasive power of political ads. But if the commercials manage to sway one or two voters out of every 1,000 who watch them, “you start to have the margin in Ohio or the margin in Florida,” he says.

And people should take the possibility of turnout suppression seriously. “We as citizens should be concerned about the motivation for candidates to rely on negative ads and be aware this is an influence on our political life,” Gordon says.

This article first appeared in insight.kellogg.northwestern.edu