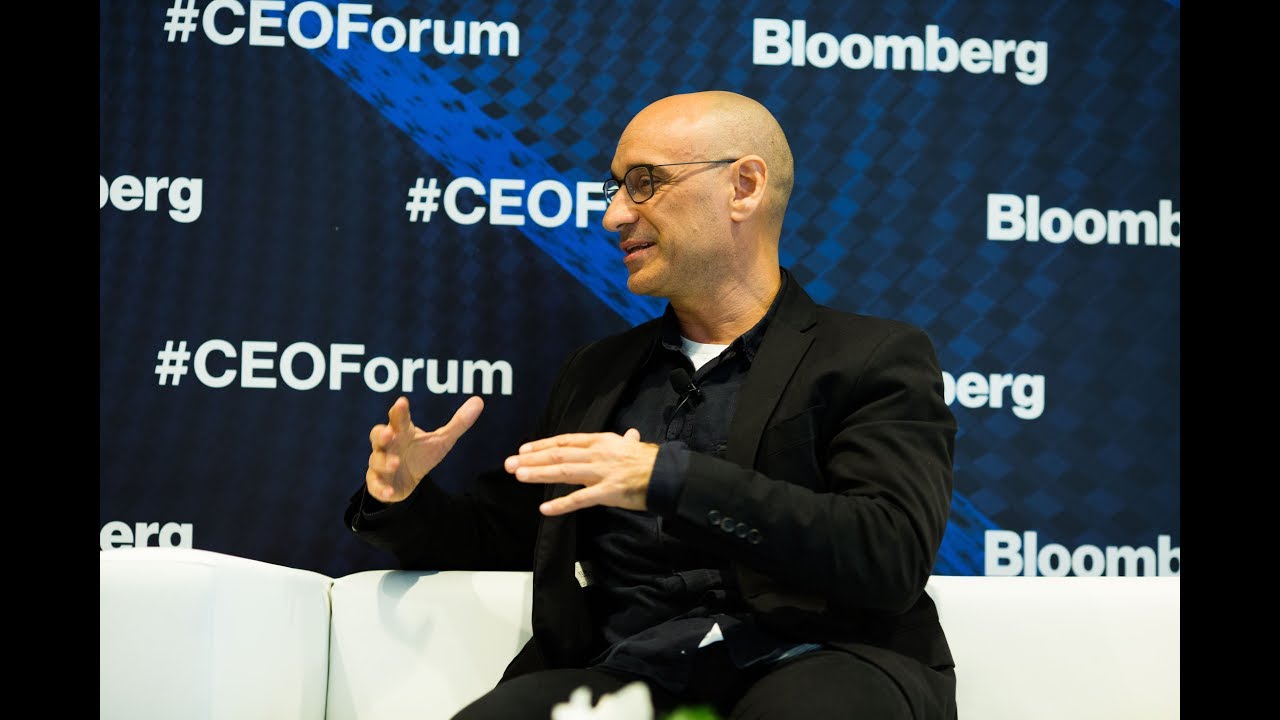 This week I’m talking about disruption and transformation with Omar Abbosh, Corporate Vice President of Cross-Industry Solutions at Microsoft and Zuora’s newest board member. He joined Microsoft in June 2020 following 30 years at Accenture, driving strategic initiatives and digital transformation of leading companies around the world. Mr. Abbosh is the co-author of “Pivot to the Future” and holds a B.A. and an M.A. in Electronic and Software Engineering from the University of Cambridge and an M.B.A. from INSEAD in Fontainebleau, France.

Omar, you’ve co-written a great book about corporate transformation called “Pivot to the Future.” Disruption is a word that gets thrown around a lot, but how do you see it actually happening in the market? It’s usually not an earth-shattering new innovation that upends an entire market.

No, it isn’t. When most people think about disruption, they’re mostly thinking about “big bang” disruptions, right? Blockbuster crashes against Netflix, Nokia crashes against the iPhone, etc. But these kinds of disruptions are actually pretty rare — that’s why we remember them. The much more common form of disruption, which is actually what the book is aimed at, is what we call compressive disruption, which is where someone comes along and steals a bit of the margin out of your value, and it happens over and over again.

Try this as a thought experiment: Draw a chart that plots the innovation-driven value that your company creates over time. Hopefully, that’s a line that goes up and to the right. Now on that same chart, draw a line that represents the potential value creation from all the new innovation that’s out there. By definition, that line is going to appear above the first line on your chart. In the book, we define the gap between those two lines as trapped value, and that is what’s being targeted by startups.

So if you’re a big company, you won’t die overnight, but you’ll die in twenty years. This is why banks are growing at 5% right now. This is why automakers and oil companies and insurance companies are struggling. Compressive disruption squeezes your investment capacity. And that inhibits your ability to jump to new markets. 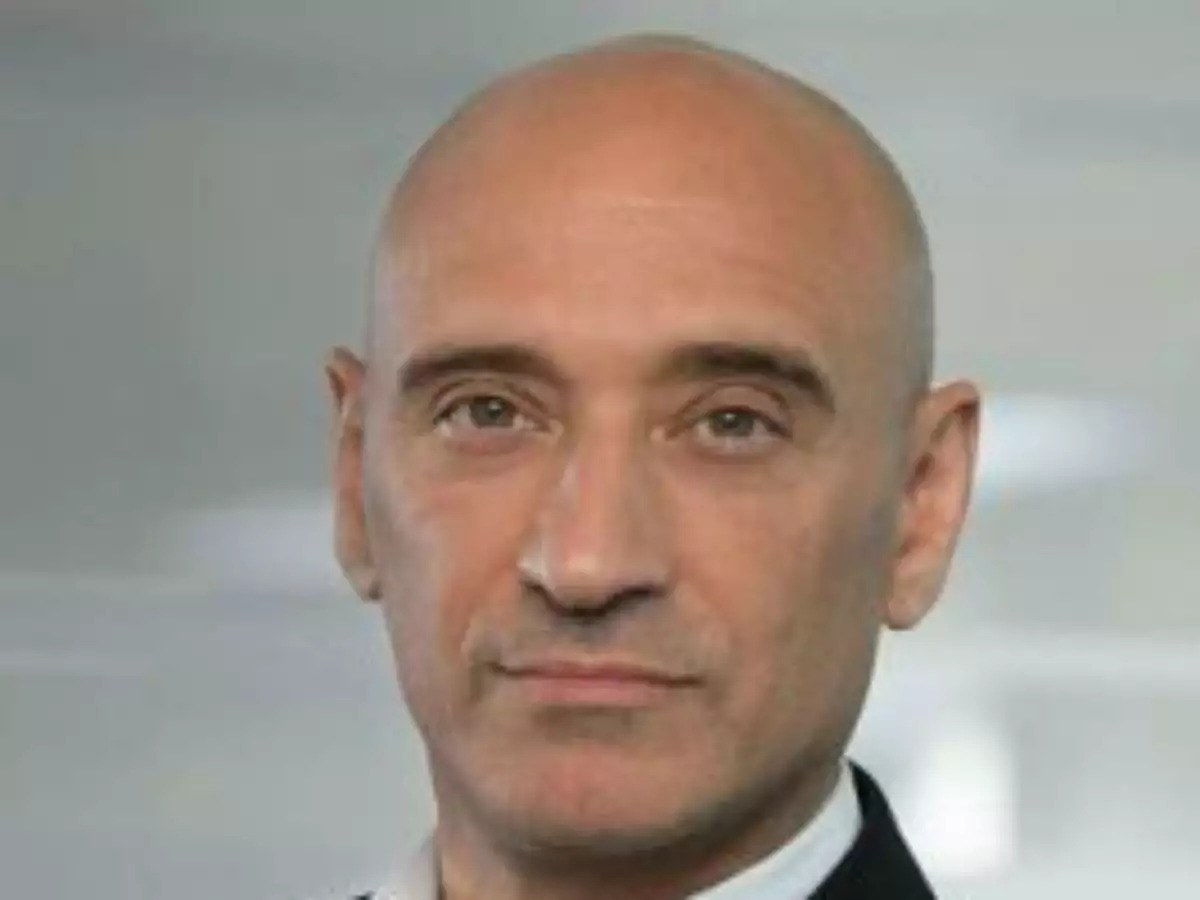 And the big companies just can’t act as fast, they can’t make the pivot into new markets, so it’s a death by a thousand cuts. They’re too busy maintaining the business of today, so they miss out on the business of tomorrow.

Exactly. Look, most enterprise CIOs have to spend the bulk of their budget on keeping the lights on and maintaining existing systems. For a lot of these companies, their data might be locked up in some mainframe running on COBOL. So they’re literally glued to yesterday’s technology.

Honestly, I think a big reason why so many large companies can’t innovate is because the cost of capital is so low. Now, what do I mean by that? Well, to do real innovation, you need failures, and big companies don’t allow that. In fact, they breed it out of corporate executives. If you get associated with a failure, you lose your job. You get really good at disassociating yourself from failure as you climb up the ranks.

So where does innovation happen? It happens in the VC and startup community. There’s obviously a lot of constructive failure happening there, because access to capital is so cheap. So if you want to stay innovative as an enterprise, you better understand how to work with startups. And most of them don’t know how to do that because their procurement functions mean it takes two months to sign an NDA.

Not at all. Take a look at Microsoft and Walmart. In 2014, these companies were viewed as dinosaurs, and today they’re not. It turns out that big companies actually have enormous advantages. They have distribution, brand power, and trust. They have the customers! They often have access to resources, financial and otherwise, that startups could never get to in their wildest dreams. There’s an amazing amount of power that comes from incumbency. So going into this process, they actually have a lot of advantages.

But again — fixed mindsets and legacy systems and processes tend to get in the way. A lot of them are tied up in the dated concept of business transformation: you’re at point A, you define a roadmap to get to point B, and then you drive a bunch of organizational changes to get there. And all the evidence points to the fact that these top-down efforts simply do not work. So if that approach doesn’t work, what does? The book is a strategy playbook for top leaders who don’t want to get disrupted, and it’s all about this concept we call the wise pivot.

We break it down into different phases and components, but at the heart of the wise pivot is the concept of experimentation. You can’t discover product-market fit through some carefully delineated strategic transformation plan. You know that from the startup you’ve built. You can only figure that out through constant experimentation with real customers in real markets. Not all your new ideas will work. But that’s the only way to find out. This experimentation capability is a critical part of the ‘ground game’ of a company.

So it’s all a kind of bottoms-up, organic, experimental journey? Just create a bunch of skunk work projects or a research park, and see where it goes?

Not at all. These are CEO driven initiatives. What did Satya Nadella and Doug McMillon do? I actually talked about this at a recent Cog X presentation. They both established a North Star that was bigger than the individual employee, bigger than the quarterly goal, bigger than the company itself. And after they set these aspirational goals, they followed through with operational models. They thought hard about how to move management, attention, people and money from the core business of today, into the new business of tomorrow. And that’s how they pulled off these wise pivots. The CEOs manage this ‘‘air game” that is top down.

So the case of Satya and Microsoft, in contrast to a lot of received wisdom from businesses that said, “Look you’ve got to exit the legacy, you’ve got to ditch the old, you’ve got to milk the cash cow and then move into the new,” Satya actually took a different view and he said, “I’ve got this amazing franchise in Office and Windows, and unlike my predecessors, I’m going to allow those to be available on iOS (my arch enemy at Apple) and on Android (my other arch-enemy at Google). We’ll buy Minecraft and we’ll run it on Xbox, yes, but also it’ll also be available on PlayStation. You can get Windows on Facebook apps.”

That seems to be counterintuitive. So many companies seem to give up on their existing products and capabilities, and chase something new.

That’s right, and in doing so, they ignored all their advantages. The goal with digital transformation is actually to give new life to your legacy business. So you’re a hotel, and rather than focus on selling more rooms, you realize you have a concierge competency, or an events competency, and you find new ways to unlock that value, often within customers who already know your brand.

This change requires firm commitment from the CEO and management team. That’s your air game. And then the ground game — that’s the experimentation with people who are close to the market and to customers. And navigating the wise pivot requires orchestrating these top-down and bottom-up dynamics.

One hundred percent. For example, if I’m a supermarket retailer and I’m fully invested in a physical network of stores and supply chains and freight trucks, how do I get more value out of that? Well, online shopping is a value-added service. So is curbside pickup. So is outbound delivery. How can I wrap all these features into a holistic service that adds value for everyone concerned?

This is why subscription services are so important when it comes to transformation. The essence of subscription-based business models is that they allow customers to scale; they can flex up, or flex down. Your article last week really spoke to this. If you’re an auto player today and you are delivering a connected vehicle, now all of a sudden, you don’t have to sell everything in the initial purchase of the car. You can let them trial new features, continue to customize their car to their needs, and in doing so, you build new revenue streams, and have stronger customer loyalty.

You’re wrapping a service mindset around a core product offering.

Not just the mindset, but the service itself! Look, digital transformation turns product companies into service companies, whether they like it or not. Period. Say you’re a bank. In the old days, you simply offered a range of products like credit cards and checking accounts. But then all these fintech startups came along and started stealing margins from the big banks by targeting specific customers with specific services, like wire transfers or next-day mortgages. Attacking that trapped value. That’s created amazing pressure on the banks.

“How can we be there in the moments that matter” is a big change from “Would you like to open a checking account?” Some great insights. Thanks for sharing them with our readers!