A Beginner’s Guide to TikTok 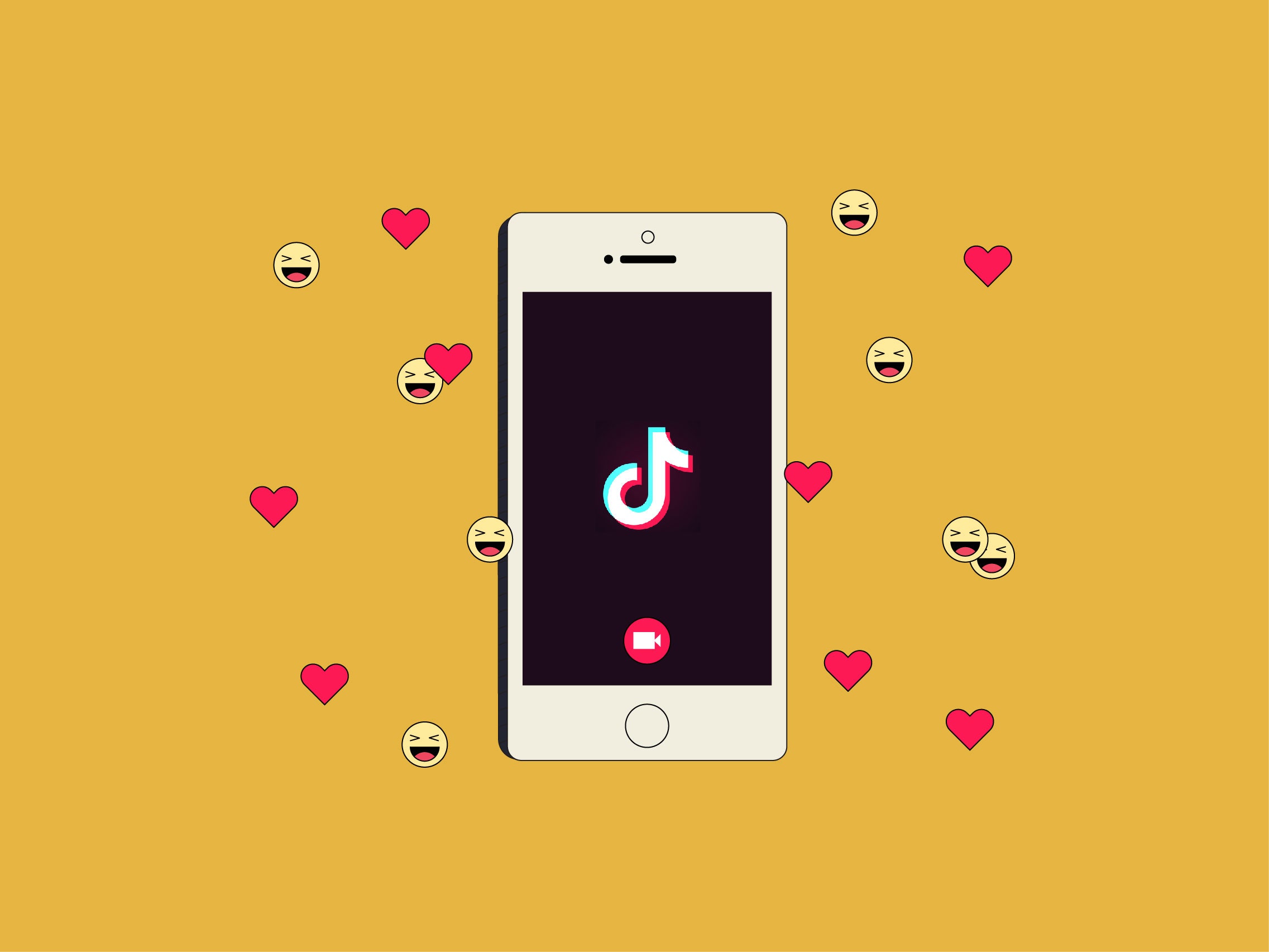 Step one: Turn up the volume on your phone.

It’s been more than three years since the lip-syncing app Musical.ly, now known as TikTok, first became popular among tweens and teens. The social network has since spread far beyond Generation Z: TikTok has been downloaded over 1 billion times, including 96 million in the United States, according to estimates from the research firm Sensor Tower. It’s also owned by the Chinese company Bytedance, now considered one of the most valuable startups in the world. The app itself revolves around sharing 15-second videoclips, which are set to music often licensed from artists and record labels.

TikTok is now beloved not only by lip-syncing 14-year-olds, but also by comedians, athletes, and, yes, brands. Major corporations like Coca-Cola, Nike, ABC, and Google have run advertising campaigns on TikTok. Even Khloé Kardashian has been paid to post sponsored content on the platform. But the app isn’t just home to ads: TikTok is also ground zero for some of the internet’s most popular memes.

You can be forgiven if you feel like you don’t understand TikTok. The app is fast-paced and chaotic, combining elements of Spotify, Snapchat, Vine, and Twitch into a single social network. Here’s what you need to know to get started, from TikTok “Challenges” to Coins and Original sounds.

The first thing you’ll need is a pair of headphones. There’s just no way to enjoy TikTok with the sound off. After you download the app, you can immediately start browsing videos. But in order to post any yourself, you’ll need to sign up for an account.

You can make an account using your email, your phone number, or a third-party platform like Facebook. The app automatically assigns you a username. If you sign up for TikTok with your phone number, the app will generate a generic username such as user1234567. Using an email address generates a more personalized ID (although that may present a privacy issue for users).

To change your username, tap the icon in the right bottom corner that looks like a person’s upper body. Then hit Edit Profile. Here, you can change it to something more unique, as well as add a bio, picture, and Profile Video.

By default, TikTok accounts are public, meaning anyone can see your profile and view the videos you post. To adjust these privacy settings, tap the three dots in the top right corner of your profile.

Now that your profile is ready to go, it’s time to watch some TikToks. The app is divided into two main feeds. The default is For You, an algorithmically generated stream of videos akin to Instagram’s Explore page. Swipe left and you’ll find the other, Following, which features uploads from people you choose to follow. TikTok is like a never-ending variety show; it’s pure entertainment. Follow creators who make you laugh, like @k.chh, who posts hilarious skits, or opt instead for adorable accounts like @cute_puppies12, which posts the tiniest dogs I’ve ever seen.

You’ll notice to the right of every TikTok video a series of icons. The first will take you to the profile of the user who posted it. Then there’s a heart, which functions just like hearts, or likes, on Instagram. Next are comments, then a right-pointing arrow for sharing individual TikToks to other platforms. Click the arrow if you want to copy the link to a specific TikTok, for example, to share it on iMessage. (One note for left-handers: You might find TikTok hard to use, at least at first, since it’s often right-oriented.)

The very last icon is a spinning record with music notes emanating from it. This represents the song excerpt the user is playing in their TikTok. Click on it to see the track’s name and artist, as well as a feed of other TikToks that also feature it. For instance, “Fake ID” by Riton and Kah-Lo—a particu­larly popular track on TikTok—has been featured in over 1.4 million videos, which are shown on the song’s page. These clips are likely not the full extent of “Fake ID” TikToks on the platform, but more on that a little later.

Don’t want to see a certain kind of TikTok in your feed? Hard press on the video to reveal a Not Interested button.

Ready to share your own TikTok? First, tap the plus sign at the bottom of the screen. The camera will open, revealing a red record button reminiscent of Snapchat. Before you start recording, you can add a song, so that your lip-sync, dance, or skit is in time with the music. If you want to film something in the moment, you can skip ahead and start recording without a musical track, then add the music later.

Like Snapchat, TikTok has an array of AR effects that can be used in videos, which do things like change the color of your hair or eyes. Tap Effects on the left-hand side to browse them. The World tab includes options meant for the environment, such as a delicious-looking slice of augmented-reality pizza. There are even special effects designed to be used on dogs and cats.

On the right side of the recording screen is a Beauty button, which subtly erases the dark shadows under your eyes. Below it is the filters menu. Unlike Instagram, whose filters have now-iconic names like Mayfair and Valencia, TikTok’s are simply numbered. The last and most important feature here is the timer, which lets users film videos without continuously holding down the record button. It’s what makes TikTok’s signature dancing videos possible.

TikToks can be up to 15 seconds long, but users can also connect multiple clips together for up to 60 seconds of total recording. You can also upload longer videos that have been recorded outside the app itself.

Once you master regular TikToks, try experimenting with duets, which split the screen in half and let you sing the same song as another creator. To make a duet, tap the share button on the original video, and then hit Duet.

Music is at the heart of TikTok; picking a popular song can be the primary reason a video goes viral. Here’s how to choose one. First, tap Add a Sound on the right side of the recording screen. A Spotify-esque streaming menu of artists and records will appear. Here, you can browse the most popular tracks on the platform, as well as check out songs from Apple Music.

There aren’t full-length songs on TikTok; the platform is dominated by short clips, which can’t be edited. In other words, if you dream of doing the floss to a particular portion of your favorite song, you may be out of luck. But there’s a way around this problem. Many TikTok users simply play a song from another device—such as a computer or stereo—while they’re recording. TikTok will then register the track as an “Original sound,” which other users can then add to their own videos. A word of caution: Using this loophole may result in copyright violations.

On this same music streaming menu are the songs associated with TikTok #Challenges. Challenges are what unite the TikTok community, and they’re often sponsored by advertisers. Right now, for instance, ABC is running the #LikeAnAmericanIdol challenge on TikTok, which invites you to “show off your amazing voice!” (So far, 25.3 million videos have been created featuring the hashtag.) Google recently ran a similar challenge campaign with the hashtag #HeyGoogleHelp.

Most challenges aren’t sponsored. Instead, they’re created by TikTok and the community itself. The app is currently featuring the #faketravel challenge for instance, in which users pretend to be on a luxurious vacation. The meme pokes fun at influencers who brag about their #jetsetlifestyle on other platforms like Instagram.

To browse all of TikTok’s current challenges, tap the magnifying glass at the bottom of the home screen. At the top of this same menu, there’s a search bar, which can be used to search for specific creators, sounds, or hashtags.

Views, Notifications, and Other Metrics

Once you start sharing TikToks, you can check how many people have watched them by looking at the view numbers on your profile. Tap the notifications icon at the bottom of the home screen to see who has commented or liked your videos. Here, you can also see who has looked at your profile or followed you. One important tip: TikTok is notorious for sending hoards of engagement bait in the form of push notifications. If that sort of spam sounds unappealing, turn off TikTok notifications in your phone’s settings menu.

TikTok also notifies users when popular creators are “LIVE streaming” (the feature isn’t available for every user). As on Twitch, while watching a live stream you can tip creators in virtual goods, which are purchased with TikTok Coins. $1 equals 100 coins. Creators often acknowledge their fans or answer questions they ask in exchange for these gifts, a portion of which they can convert into regular currency.

You’re Ready to Go
You now know how to join the latest TikTok #Challenge. You’ve added a digital pepperoni slice to your lip-syncing masterpiece. And you maybe even danced a little. You’re ready to explore TikTok. The app has plenty of additional features, and the best way to find them is by playing around yourself. So turn up the volume and go forth.

Guest Author: Louise Matsakis is a Staff Writer at WIRED covering Amazon, security, and online platforms. She was formerly an editor at Motherboard, VICE’s science and technology site.