How a “Hypocrisy Intervention” Could Reduce Hostility toward Muslims 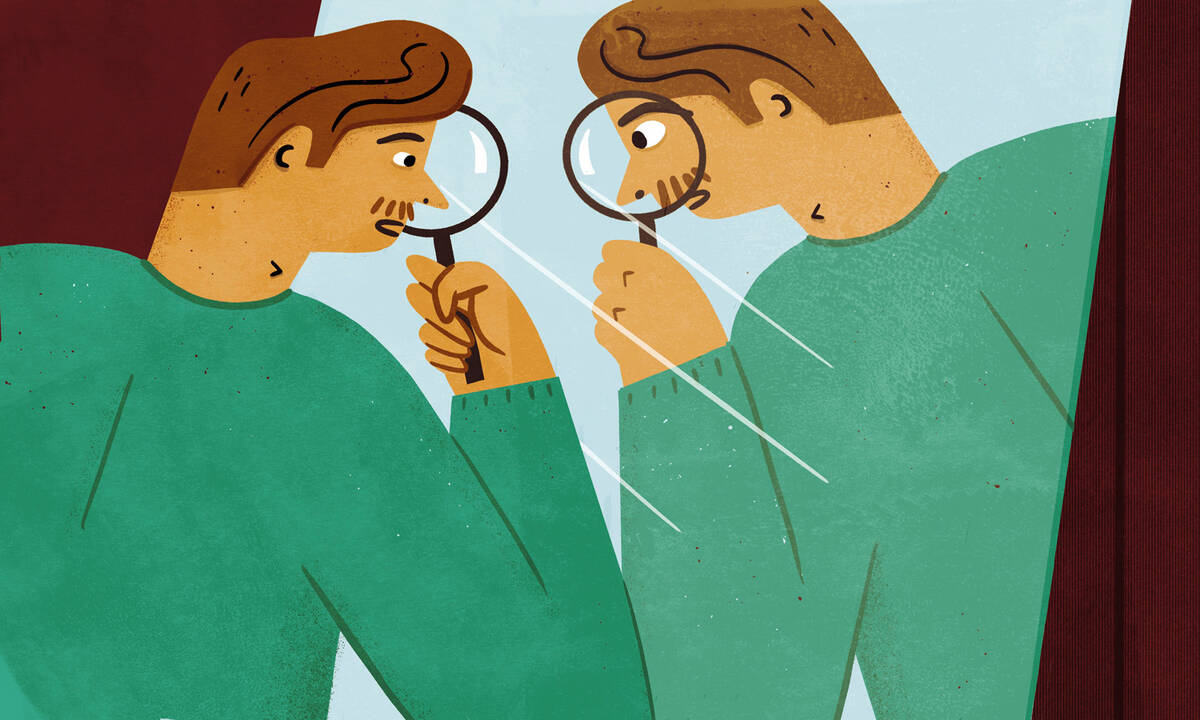 People are often hypocritical in how they assign blame for terrorist attacks. Highlighting this could help change attitudes.

People have a tendency to hold an entire group responsible for individual members’ crimes—a tendency that can fuel violence against that group. This has become a recurring fear for Muslims in recent years. For instance, in 2001, the year 9/11 occurred, the FBI recorded roughly 500 hate crimes against Muslims, compared to about 20 to 30 per year in the preceding decade.

The rationale behind these anti-Muslim crimes is that because non-Muslims see Muslims “as part of the collective that you hold responsible, they then become legitimate targets of retribution,” says Nour Kteily, an associate professor of management and organizations.

Sometimes this sentiment is even stated explicitly in the aftermath of an attack. For instance, after the killings at the Charlie Hebdo office in Paris in 2015, media mogul Rupert Murdoch tweeted that “until [Muslims] recognize and destroy their growing jihadist cancer, they must be held responsible.”

There is, however, one important catch: when that group is our own, we are far less inclined to blame other members of the group. That’s because we derive part of our identity from the groups we belong to, so blaming our group is almost like blaming ourselves.

This is why the white community typically does not blame all white people for the actions of white extremists, such as Dylann Roof’s killing of nine black people at a church in Charleston, South Carolina. “It’s just assumed that these are the actions of a disturbed individual,” Kteily says.

In a recent study, Kteily and coauthors investigated whether highlighting this inconsistency in logic could reduce hostility toward Muslims. After all, most people don’t like to think that they’re hypocrites.

Indeed, in two experiments, they found that people who underwent a “hypocrisy intervention” blamed the Muslim community less for extremist attacks and reported less hostility toward Muslims. These differences held up a month later, even shortly after an attack by Muslim extremists. And though the effects weakened substantially by the one-year mark, there was still evidence of the intervention’s effectiveness. Moreover, it’s possible that repeating interventions periodically could boost their effects in staving off hostility, Kteily says.

“There’s a hopeful message here,” he says, “which is that people respond to being shown evidence of their potential inconsistency.”

A Rise in Hate Crimes

In an earlier study, Kteily and his collaborators, Emile Bruneau and Emily Falk at the University of Pennsylvania, tested several possible strategies to defuse hostility against Muslims among non-Muslim participants in the U.S. They found that prompting people to reflect on the fact that they don’t collectively blame their own group for acts by individual members reduced the hypocritical tendency to blame all Muslims for extremist attacks.

In general, “people like to be consistent,” Kteily says.

The classic theory of this phenomenon, called cognitive dissonance, suggests that when our attitudes and behaviors don’t line up, the mismatch feels uncomfortable. For example, if you believe that smoking is bad, but you continue smoking, you’ll feel an urge to resolve the inconsistency, either by quitting smoking or changing your belief about the ill effects.

But Kteily’s earlier study left a few open questions. Would the hypocrisy intervention work in places outside the United States? Could the researchers explain in more psychological detail why it worked? Perhaps most importantly, would the effects hold up over time?

In the U.S. study, the researchers measured feelings toward Muslims immediately after the hypocrisy exercise. But they didn’t test whether people’s attitudes quickly reverted to their usual state. Additionally, in this type of experiment, when the assessment occurred right after the intervention, there was also a danger that participants suspected the study’s purpose and gave the answers they thought the researchers wanted.

To put the intervention through more stringent tests, Kteily and Bruneau collaborated with Ana Urbiola, now at the University of Almeria. The researchers decided that they would run a similar experiment but check in again with participants a month and a year later.

In early August 2017, the team recruited 434 non-Muslim people for an online survey in Spain. Half of the participants served as a control group and did not receive any intervention.

The other half of participants underwent the hypocrisy intervention. First, they read about three attacks by white extremists, such as Anders Breivik, who killed 77 people in Norway in 2011. They were asked to score, on a scale of 0 to 100, how responsible white Europeans as a group were for each crime, as well as how responsible they personally felt. As predicted, participants rated themselves and their overall white European group as very low in responsibility for these extremist actions by individual in-group members.

Next, the intervention group read about Muslim extremists who killed 130 people in Paris and Saint-Denis in 2015. Then they read about a Muslim person who was not involved in the attacks, such as a bakery owner, and scored how responsible that person was for those crimes.

The idea behind the exercise is that “you see the logical parallel,” Kteily says. “You recognize in some sort of anticipatory way that, were you to then hold Muslims responsible, that would be hypocritical and inconsistent given that you don’t do the same when it comes to your own group.”

Finally, the researchers asked the control and intervention groups questions to assess how much they blamed all Muslims, or all Muslims in a particular country, for an extremist attack. The team also gauged anti-Muslim sentiment on several measures, such as whether the participant felt uncomfortable having Muslim refugees as neighbors.

The team then repeated these assessments a month later. Between the two evaluations, Muslim extremists killed 16 people and injured more than 130 in Barcelona and Cambrils, Spain.

As one might expect, the gap between the groups of participants shrank. But the intervention group’s collective blame of Muslims averaged a score of 28, still well below the control group’s score of 41. And anti-Muslim sentiment remained lower as well. “We still find a lingering effect,” Kteily says.

By September 2018, a year after the study started, the intervention group blamed Muslims for attacks only slightly less than the control group did. Still, a significant difference in anti-Muslim sentiment remained. “The effect certainly weakens over the course of a year, but it is not eliminated,” he says.

One possible solution is to periodically repeat the intervention as a “booster shot,” Kteily says. However, he cautions that it’s not clear whether this strategy would work. For example, if extremist attacks continue to occur repeatedly over a period of time, the exercise might lose its potency as anger escalates and the inconsistent treatment of the outgroup begins to feel more justified.

A Desire for Consistency

The researchers also conducted a parallel comparison to investigate the reasons behind the intervention’s effectiveness. Did people change their attitudes because of a desire to avoid the cognitive dissonance sparked by hypocrisy?

To address this question, the team put 209 participants into a third experimental condition. As with the control group described above, this third group did not initially receive the hypocrisy intervention. Rather, the researchers assessed these participants’ baseline levels of anti-Muslim blame and hostility.

Importantly, the researchers additionally evaluated how much importance each of these participants placed on consistency between their beliefs and actions.

“Generally, humans care about being consistent, but some people care about it more than others,” Kteily says.

A month later, the researchers conducted the hypocrisy intervention on this third group. They read about attacks by white extremists and scored white Europeans’ responsibility and their own personal responsibility, then repeated a similar exercise with a description of the Paris attacks by Muslim extremists. Again, the control group did not receive the intervention.

The researchers could then compare the change from baseline in collective blame and anti-Muslim hostility among participants who were exposed to the intervention in the second wave of the study to the change among those in the control group.

As expected and consistent with the results of the first experimental group, people who underwent the intervention at the second wave blamed Muslims less and felt less hostile toward them than they had during the first assessment. Importantly, this pro-Muslim shift from baseline was absent among those in the control sample.

Furthermore, the pro-Muslim shift from baseline was more pronounced among participants who, at the beginning of the study had indicated a stronger preference for consistency between belief and action. Those people “are particularly likely to benefit” from the hypocrisy intervention, the team writes, providing support for the idea that the intervention does in fact work by leveraging people’s discomfort with being hypocritical.

Now that researchers understand why the exercise works, organizations looking to reduce hate crimes might be able to design other interventions based on the same concept. For example, they could run ads on public transportation that highlight hypocrisy and appeal to people’s desire for cognitive consistency.

Though such interventions appear to shift beliefs, it’s hard to say how much they will actually influence behaviors, such as how people might vote. But if a hypocrisy exercise nudges people to slightly alter their attitude toward, say, refugees, the overall impact could be significant.

Guest Author: Roberta Kwok is a freelance science writer based near Seattle.