Freemium or Free Trial: We Have a Winner! 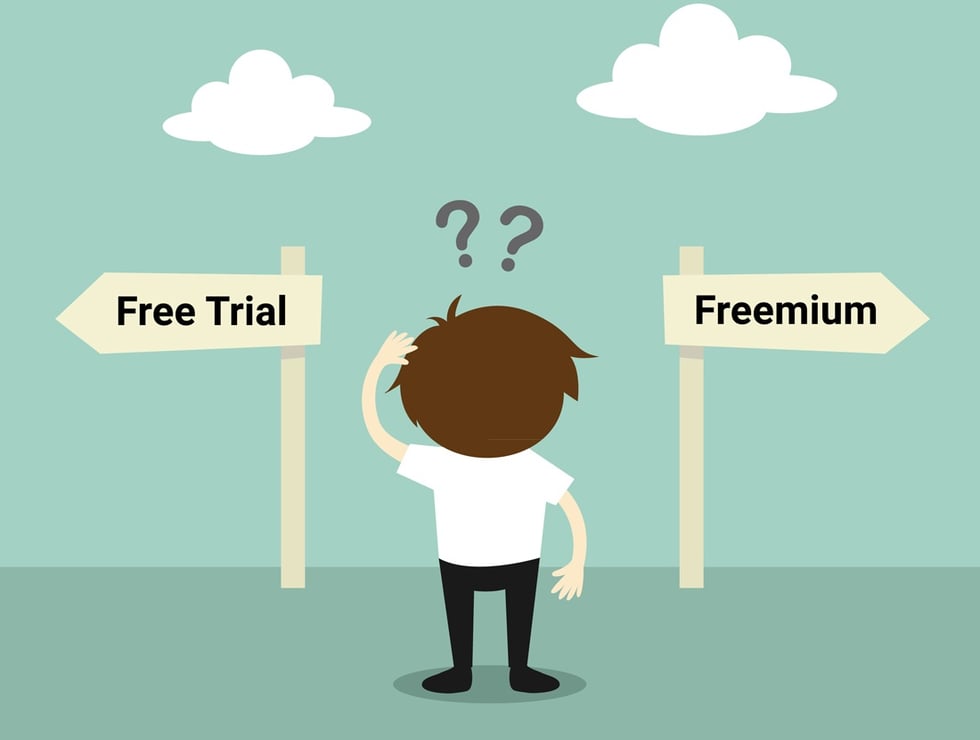 Quick, what’s your immediate answer to the following question: In order to attract new subscribers, should a subscription business offer them unlimited access to a free, pared-down version of the service, or the full version of the service for a limited time?Freemium vs Free Trial. It’s an age-old debate that has a renewed urgency. In the wake of all the COVID-19 activity we’ve been seeing in the market lately, I find myself embroiled in this topic at least several times a week.

Github, for example, rolled out a new freemium service, while Disney+ just pulled its free trial offer after generating a jaw-dropping 50 million subscribers in just five months. Fender extended a free trial offer and picked up a million new users!

We’re all sitting at home, trying out all sorts of new digital services in an effort not to lose our minds. As a result, lots of companies have got a huge new “Covid Cohort.” But how are those companies going to convert all these new people into loyal subscribers? ( Churn has already jumped at lots of OTT services.)

Well, it turns out this is no longer a debate. When it comes to freemium versus free trial, there is one clear winner by unanimous decision: free trial all the way!

Let’s look at the arguments.

First, when there’s no payment, there’s no value. By definition, freemium users have not bought into the value of your service. They haven’t been confronted with a choice to commit, to literally invest in your service. That’s why so many freemium companies see mass defections when they start to charge.

Remember when conventional wisdom said you weren’t supposed to ask for a credit card number on the first sign-up? Well, it turned out that was wrong. Company after company tried it both ways, and the data taught them to ask for the credit card up front. When people make the choice to pay, they are going to really examine if your service has value. In other words, they’re going to use it! And usage is everything.

Second, as a new study notes, free trials are more effective in converting paid subscribers for a very simple reason: freemium users don’t actually experience the advanced features in the paid service. If they don’t know about those features, what incentive do they have to pay for them?

Remember the story of Plato’s Cave? Freemium users are like those poor prisoners in the cave, who stare at shadows on the wall and think that those shadows constitute reality. They can’t understand the real world outside, because they’ve never been exposed to it. But guess what? They’re totally content!

Lots of digital services wind up cursing themselves with freemium. They build a hugely popular and perfectly adequate free version of their service that ultimately winds up killing them. They haven’t built a growth path that ties consumption to value, and their freemium users are happy to stay put.

Third, according to the Harvard Business Review, for freemium to really work you need two things: huge scale and a minimal conversion rate. As HBR notes: “All other things being equal, you would do better to convert 5% of two million monthly visitors than 50% of 100,000 visitors.”

Well that’s all fine and well, but you still have to get to two million! Sure, freemium success stories like Slack, Spotify and Dropbox all started with no customers, but it’s a rare, rare service that hits such a mass-market sweet spot that they can get to millions of freemium users.

Fourth, lots of freemium services aren’t really free. What they do, perniciously, is monetize their “free customers” through advertising. And that’s a deal with the devil. It reminds me of a warning I once heard: if you’re using a service that’s free, then you are the product. Non-buyer beware!

Look. Github clearly has plenty of scale, so freemium will probably work out great for them. But as for the rest of us, you’re probably better off putting your best foot forward with a free trial.

Show them everything you’ve got. If you have a valuable service, people will subscribe. That’s a lesson a lot of newspapers have had to learn the hard way over the past decade. (Remember when everything was going to free? WIRED’s Chris Anderson even wrote a book about it).

Lead those poor subscribers out of the cave!